Moldova is one of Europe’s forgotten destinations. This former Soviet republic has long remained a destination only for backpackers. Beautiful in nature and colorful in history, Moldova is an affordable and safe destination. Attractions in this small country known for its wine production include atmospheric medieval towns, ancient rock monasteries and beautiful nature. During the tour, we will also take a day trip to the Transnistrian region, which has seceded from the Moldovan central government.

Flights from Helsinki-Vantaa via Kiev to Moldova. Transfer from the airport to the hotel and overnight stay.

After breakfast, take a city tour of Chisinau by bus. After the tour, we visit the City Museum of Natural History and Ethnography and enjoy a traditional Moldovan lunch. In the afternoon we will take a trip to the “underground city” of Milestii Mic, the largest wine cellar in the world. The wine cellar, which has reached Guinness World Records, consists of a network of caves more than 200 km long and more than 2 million bottles of wine have been placed there. Wine tasting in the basement. (A, L)

After breakfast, a full day trip outside the capital. We will visit the Orthodox Monastery in Curch as well as the Chateau Vartely winery, where you will once again have the opportunity to taste local wines. After lunch at the vineyard, we continue to the historic area of ​​Orheiul Vech, about 60 km drive from the capital. There we admire the amphitheater formed by nature and prehistoric remains. We will also get to know the local culture: those who want to will be able to try the preparation of Moldovan food or handicrafts before a traditional dinner. After dinner return to Chisinau and the hotel. (UNDER)

Another day of excursions outside Chisinau. We visit the monument to King Gustav XII of Sweden in Varnita, after which we arrive in the Rebel Republic of Transnistria, which could also be called the great Soviet open-air museum. The independence of Transnistria, which unilaterally seceded from Moldova in the 1992 short war, has not been recognized by any state. We visit the medieval fortress of Tighina in Bender, enjoy lunch and take a city tour of Tiraspol, the largest city in the Transnistrian region. Return to Chisinau for the evening. (A, L)

Transportation to the airport and flights via Kiev back to Finland.

Finnish citizens do not need a visa to Moldova. The passport must be valid after 3 months of travel.

The Moldovan currency is the Moldovan Leu (MDL). Euros can be exchanged for the local currency in Chisinau. Credit cards are mostly used only in hotels, so you should bring cash.

The majority of the Moldovan population speaks Romanian as their mother tongue, also known as the Moldovan language. Foreign languages ​​are more commonly spoken in Russia, English is mainly spoken by young people.

Moldova has a typical continental climate, with long and warm summers and short but cold winters (from December to March). 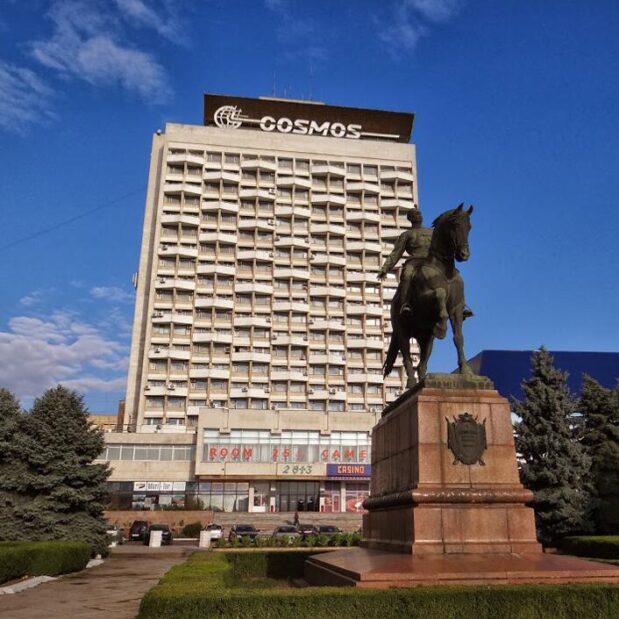